The lithium battery pack that came in with no output & refusal to charge has now had the issue diagnosed.
Cutting open the sleeving to expose the battery management board revealed a broken wire. In the charger connector this wire is looped to the negative lead & inside the battery goes to the management controller. Once reconnected the 54v output appears at the connector & plugging to the charger initiates the charge cycle.
Owner said the cart had tipped over so would explain the failure due to pulling of the battery leads which are all internally tied together. 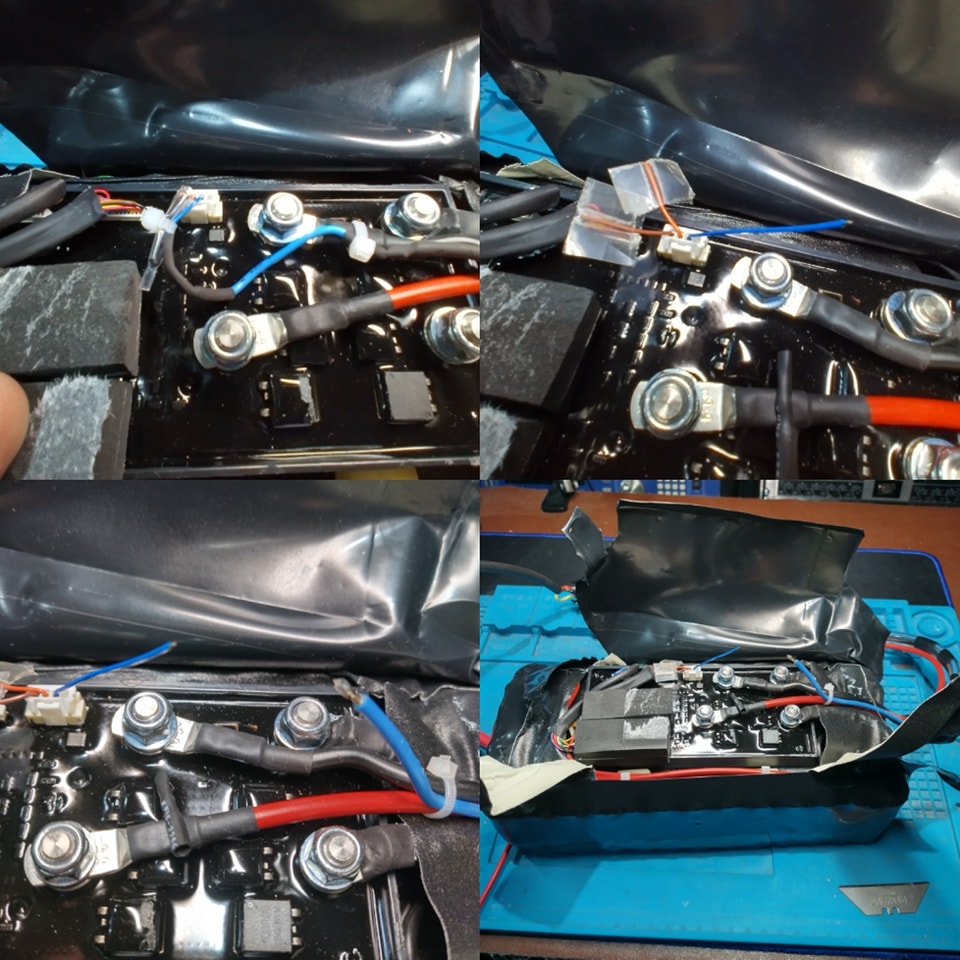