So the Egnater Rebel 30 mkii is now back with the owner.
Came in with no output, the HT fuse being blown, a 470 ohm resistor (screen grid resistor) floating about loose in the chassis & a non functioning reverb (DSP type but interfaced via tube v4).
Root cause of output failure was a shorted EL84 which prior to taking out the HT fuse heated up the screen 470 ohm resistor sufficiently to melt the solder & allow it to drop off the board.
The reverb functionality was restored by replacing v4 12ax7. This appears to be a coincidental & unrelated issue to the other fault. The owner did say all 12ax7 tubes were original.
This amp has dual power sections comprising a pair of 6v6 & a pair of EL84 tubes that can be dialed in independently or as a mix. Both sections were re_biased to the recommended 40mv via the supplied bias points on the board. 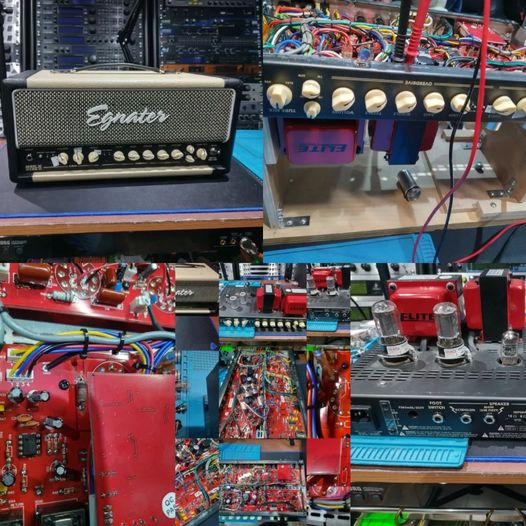